The current Indian team has good fielders but none of them is a “complete package” like Yuvraj Singh and he himself, reckons Mohammad Kaif. 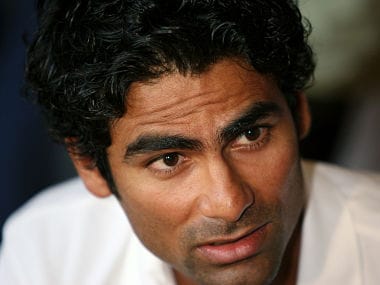 The hero of India’s Natwest victory played more than 100 ODIs, primarily because of his superb fielding. The superior fielding skills prolonged his career even as his batting form declined steadily.

Asked about his take on Indian fielding compared to the times when Yuvraj Singh would man the point and he would stand at extra cover, Kaif outlined the lacking in the current set-up.

“When we were playing, me and Yuvraj made our mark as good fielders. Today, you will find a lot of good fielders in the Indian team, but I don’t think there is anyone who is a complete package as a fielder.

“A person who can catch in the slips, who can take a catch at short-leg, can field in long-on boundary by running fast.that package I think is missing,” said Kaif, who has always been hailed as one of India’s best fielders.

In the debate between Virat Kohli and Rohit Sharma in white-ball cricket, Kaif said that if he had to choose between the two had they been playing for different teams, he would prefer watching the stylish Mumbaikar.

“If there are two matches happening in the same city simultaneously and Virat is playing in one and Rohit in another, then I will head to the match featuring Rohit Sharma.”

“No doubt, Virat has an outstanding record in Tests and white-ball cricket both, but Rohit has the elegance, so much time while facing a bowler. He is one batsman who can smash a bowler without the bowler even realising that he is under attack.”